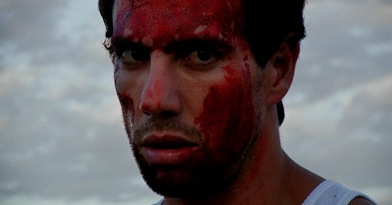 Where the depth of this project begins and ends is incredibly hard to establish. Schoolman has achieved results that cannot be compared to anything done in the resocialization of prison history.
Schoolman entered three prisons as distant as South Africa, Canada and the UK. There, he worked with the inmates on recreating the life of Julius Caesar between the ages of 14 and 33.

The project is fascinating not only because of how it has been created but also with the merit it delivers.
There are a few actors (only 10% of the whole cast) such as Derek Jacobi, Alice Krige and the main Warren Adler playing Caesar. But the main corps cosists of prisoners.

The fascinating story changed the lives of the inmates and apparently noone before did drama workshops in prisons.

All in all the film should be admired for not only the idea of making it in prison, but also for the story that Schoolman took on board. This is not Shakespeare’s Caesar. This is Caesar as presented in historical sources. The dialogues, the songs, the majority of the text has been created by the inmates involved in the project.
The result is stunning for its theatricality – remember prison has a very limited amount of space, for its drama, for the involvement of all who took part.
Amazing, incredible watch delivering a proper old Greek classic catharsis for the viewer. A must see.