This print has travelled through many festivals across the US and Europe. The director got the Gotham award, the Independent Spirit Award, the Audience award at AFI fest.

It surely is a very particular kind of cinema – this special kind that festival audiences will appreciated with pleasure.

The most appealing experiment performed here is that the dialogue is played in Japanese and English, but also in Spanish at times and the subtitles are loosely dropped in whenever the dialogue is actually set between two characters speaking the same language. What may be quite risky turned out to bring the magic through and allowed focusing on the innocent and exploratory fresh view at either side.

Two Japanese siblings land in a Californian town of Littlerock with little (brother) or no (sister) English and meet new friends, hang out on their way to Manzanar – an old concentration camp for Japanese held there in 1940’s.

Beautiful light, atmosphere, great performances of writers-actors. The whole ensemble is to watch out for future projects as each of them is active on the American indie scene. 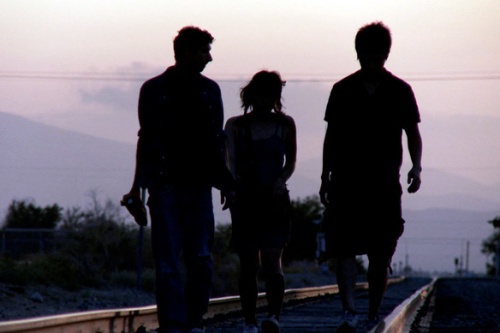